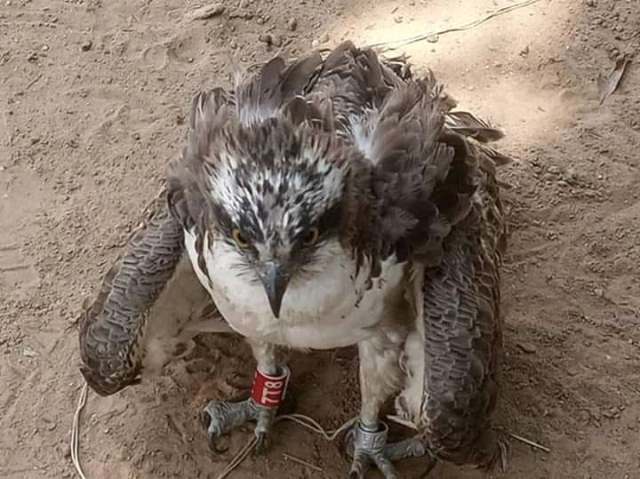 AN unidentified bird from Lativa in Eastern Europe has been caught by hunters in Cross River State.

The bird which has a  tag with the figure  “718′ fastened to its leg by a string is said to be a rare rare specie and was caught in Okpoma, Yala  Local Government Area in northern Cross River State.

” The bird was caught at the Itega riverside while it was drinking water. It looked very weak perhaps because of the long-distance it flew”.  Ogar Raphael Oko a resident of the area said

He said the two men who are hunters are keeping the birds safe in the event that the owners look for it.

“The area the bird was caught is not part of the Cross River Forest Reserve and normally animals and birds caught here are instantly killed for meat but when the hunters noticed the ring and name tag, they choose to keep it safe”.

Mr Okon Awuna, the Cross River State Commissioner for Agriculture said he was aware of the bird’s presence in Nigeria but will…

Zulum storms camp at midnight for headcount over fake IDPs