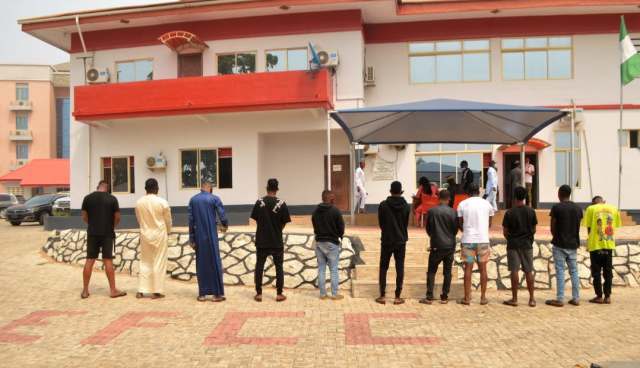 It was gathered that the operatives of the commission had arrived the town on Thursday gathering intelligence on the suspect and watching their movements.

A resident at Owode-Ede, Habeeb Olawale disclosed that some operatives of the commission have been coming to the community seeking information about some individuals but were not sure of the motive behind their action.

But on Friday, some young men were apprehended and taken out of the community early hours of Friday, January 22, 2021.

Confirming the arrest in a statement, EFCC spokesperson, Wilson Uwujaren said the eleven suspected fraudsters were apprehended base on intelligence.