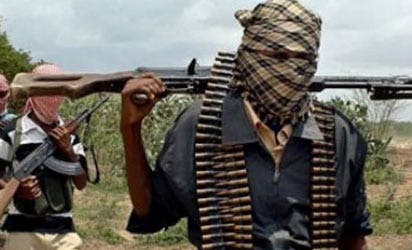 Unknown gunmen suspected to be bandits have in the wee hours of Friday stormed Radda community in Charanchi local government area of Katsina State and whisked away from the village head, Kabir Umar.

It was gathered that Umar’s younger brother, Aminu Umar was also shot on his leg by the bandits before whisking away with the village head.

A source in the area who spoke on condition of anonymity said the incident happened at about 2:00 am on Friday morning when the gunmen stormed the area shooting sporadically into the air to cause chaos.

He said, “the bandits came in their numbers on motorcycle shooting sporadically. They went to the residence of the village head, Kabir Umar where they shot his younger brother, Aminu Umar before Kidnapping him (the village head).

“Aminu was shot on his leg and has been taken to Katsina Orthopedic hospital where the bullet will be removed,” the source said.

When contacted, the spokesperson of the Katsina State Police…