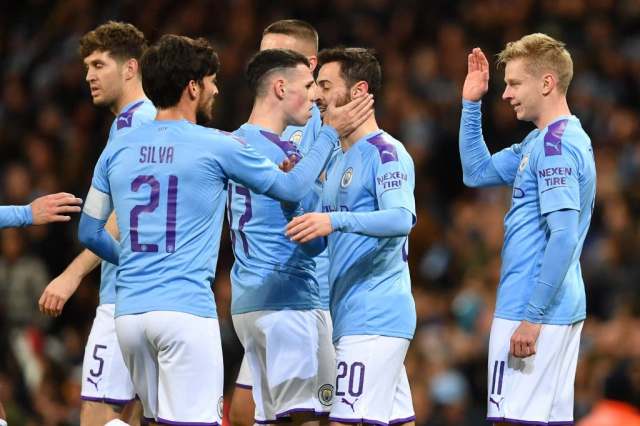 Late goals by Phil Foden, Gabriel Jesus and Ferran Torres spared Manchester City a shock FA Cup defeat away to fourth-tier Cheltenham as the Premier League giants scraped into round five on Saturday.

Alfie May’s 59th-minute goal put Cheltenham agonisingly close to the biggest win in their history on a night of drama at a sadly empty Jonny-Rocks Stadium.

With less than 10 minutes left on the clock, Foden volleyed in an equaliser.

Jesus struck three minutes later to end the hopes of a side 72 places lower than City in the standings.

Torres gave the scoreline a comfortable look with the final kick of the game but it was anything.

It was City’s 10th successive win in all competitions but Cheltenham departs the competition full of pride after pushing City’s slickers to the limit.

City’s reward is an away tie against Swansea City. (Reuters/NAN)

All rights reserved. This material and any other digital content on this…