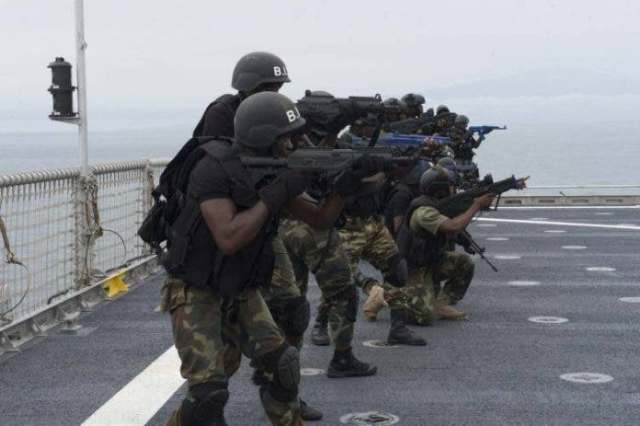 In the last 2 decades, piracy and sea robbery within the Golf of Guinea have become a major point of discussion, with the region ranked as one of the most troubled waterways.

It is estimated that the annual cost of piracy to the GoG region is over USD 2 billion. In addition to this, is the emerging security occurrences within the Nigerian Maritime domain which stem from non-military causes such as socio-economic agitations and unemployed youths within the coastal communities. Their manifestations include attacks on shipping, sabotage of hydrocarbon infrastructure and maritime resource theft.

There are also various forms of illicit trafficking, illegal unreported and unregulated fishing and marine pollution. Crime Guard decided to take a peep into the Nigerian Navy’s operation in 2020, being the lead agency responsible for security in the country’s vast maritime…

Joshua ‘ll be too tough for Usyk, says Oboh