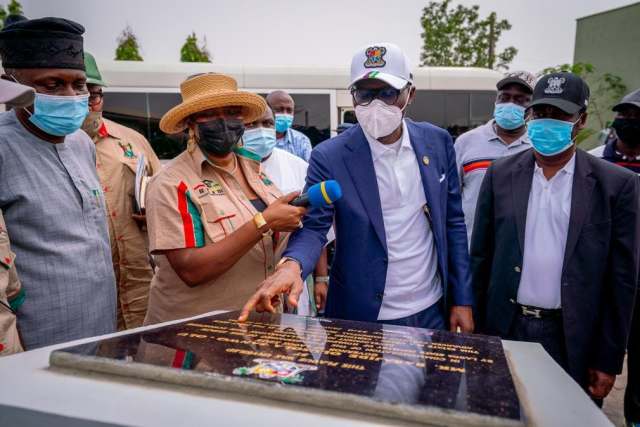 Also, while unveiling a new Maternal and Childcare Centre, MCC and the School of Anesthesia located within the premises of Badagry General Hospital, Sanwo-Olu vowed to change the narrative of Maternal and Child mortality indices in Lagos state.

On the housing units, the governor stressed the importance of Public-Private Partnership in the state, vowing that his administration is committed to the THEMES Agenda of Making Lagos a 21st Century Economy.

The housing project, specifically built for state public workers was a joint venture agreement with Echostone Development on a 12.7 hectares of land in Idale, Badagry, constructed under the…