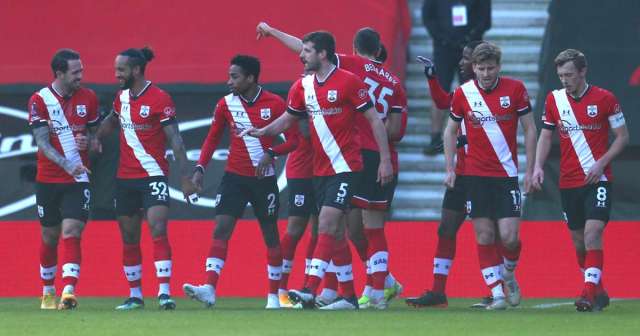 FA Cup holders Arsenal were knocked out of the competition after a Gabriel Magalhaes own goal gave Southampton the edge in a scrappy game.

Arsenal went into the game without star striker Pierre Emerick Aubameyang, who missed the match for personal reasons.

Gabriel turned a cross-shot from Kyle Walker-Peters beyond Bernd Leno for the only goal, his slight touch meaning a ball that looked like going wide squeezed just inside the left post.

The visitors almost fell behind early on, a corner from James Ward-Prowse curling in from the right and clipping the crossbar.

Che Adams and former Gunners winger Theo Walcott threatened to find the breakthrough for Southampton before it arrived in the 24th minute.

The optimistic effort from Walker-Peters skidded low through a crowd of players and caught a flick off Gabriel on its way into the corner.

It meant Arsenal’s defence had finally been breached after going 508 minutes without conceding a goal.