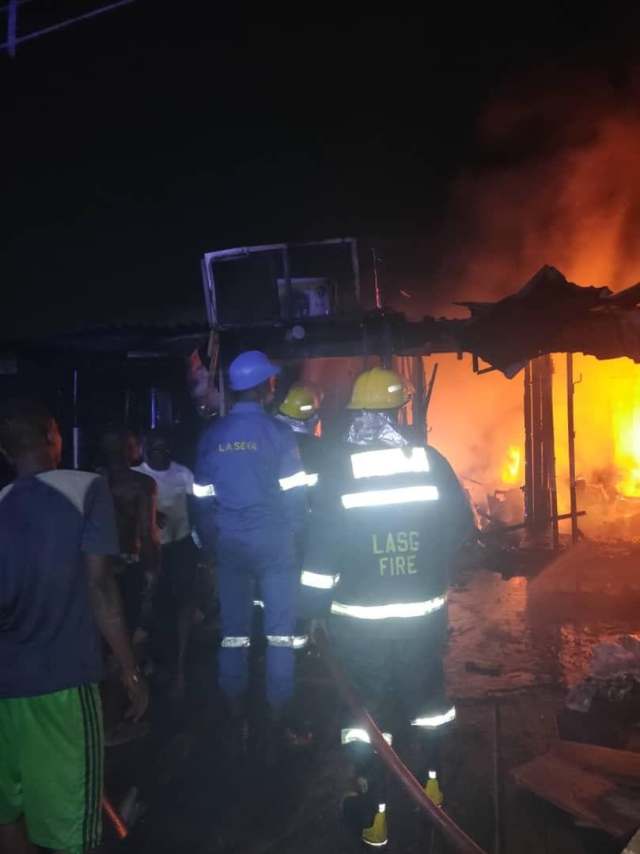 The incident was said to have occurred at about 1.05 am due to a power surge in the market.

The fire outbreak occurred barely ten days after some shops were razed at Ijesha market at Surulere, Lagos State,

The Director-General, Lagos State Emergency Management Agency LASEMA, Dr. Olufemi Oke-Osanyintolu who confirmed the development to Vanguard said the agency’s firefighters alongside the Lagos State and federal fire services were mobilised to the scene to fight the fire as thorough damping down exercise was carried out.

However, the impact of the inferno affected 70 shops while the extent of destroyed goods was still being accessed at press time.

Osanyintolu urged members of the public to ensure their appliances are switched off once not in use to prevent voltage surges. He said, “The agency firefighters alongside the Lagos State and Federal Fire Services worked to…