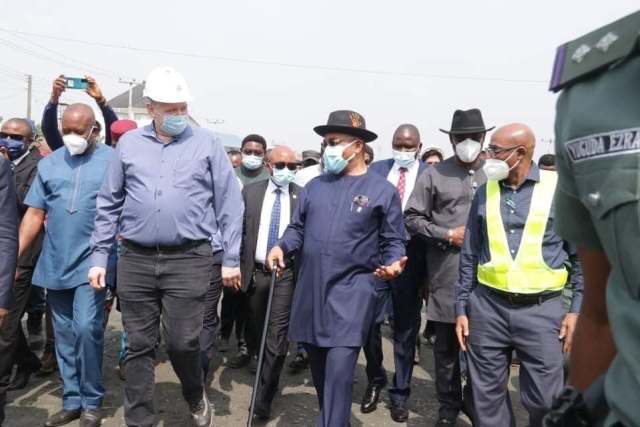 …Ikot Oku Ikono flyover to be completed in May

In his avowed determination to ensure the rapid infrastructural development of the state in line with his completion Agenda aimed at boosting his administration’s industrialization policy, Akwa Ibom State Governor, Mr Udom Emmanuel has vowed to complete all major infrastructural projects in the state before leaving office, even as he promised to complete for public use, the Ikot Oku Ikono flyover by May 2021, a move he believes, will grant more stress-free access to the state capital, from neighbouring local government areas.

The Governor who gave the assurance while inspecting the pace of work at the project site on Wednesday, assured of timely completion of the project by the contractor.

This is part of the numerous developmental projects that are billed for completion in 2021, few weeks after the Governor announced the injection of an N50 billion stimulus into the state’s economy to ensure that works at project sites…