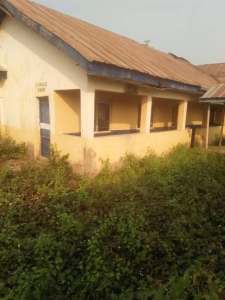 “Let there be peace again in Ibaji,” “Silence is a crime,” “Make Ibaji Great Again”, and “We must fight for our rights” were the words of Kogi youths under the aegis of the Ibaji Progressive Youth Foundation during a protest held in December, last year, as they called on the State Government to come to their aid.

What informed the protest?

The youths while addressing newsmen on the reason for the protest, lamented that Ibaji Local Government Area, which has 10 wards, has only one government hospital, the Comprehensive Health Centre, Edega, which is currently in a state of decrepit.

The Chairman of the forum, Comrade Apeh Kelvin, while speaking with newsmen, said, “We want the government of the state and of the federation to see what we are passing through here. We want our members in the National Assembly and the state House of Assembly to take this up and cause a positive change.