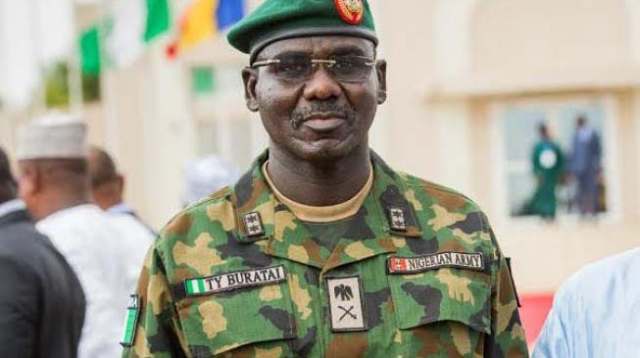 This was contained in a letter signed by the Convener, Comrade Deji Adeyanju, with the subject, ‘A Call for the Investigation and Arrest of Tukur Buratai’ and addressed to Chief Prosecutor, Office of the Prosecutor, International Criminal Court, The Hague, The Netherlands, Mrs Fatou Bensouda, which President Muhammadu Buhari was copied.

The group alleged that in 2015, Gen Buratai ordered members of the Nigerian army to kill over 300 defenseless Nigerian Shiite Muslims; ordered the Nigerian soldiers to kill hundreds of Nigerian citizens of South-Eastern extraction, in the guise of searching for members of the Indigenous People of Biafra…