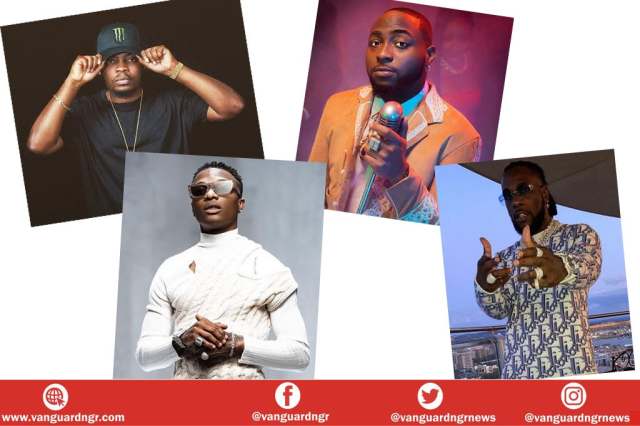 From all available statistics, facts and figures no other Nigerian musical artist, male or female was able to pull off what the quartet of Davido, Wizkid, Burna Boy and Olamide pulled off in 2020. The duopoly of Davido and Wizkid which has been going on for years was questioned most especially by Burna Boy and the new face on the international scene, Olamide.

Each one of them released an amazing album and it was a staggering success story on all streaming platforms. The figures showed Nigerian music has arrived on the international stage. Particularly of interest is Olamide whose music has not really been able to cross the continent to the international stage. Well, thanks to his international connection which has given wings to fly over the Atlantic. For Burna Boy, his fortunes have changed since the “African Giant” exploit in 2019. Davido and Wizkid however, have never left the horizon, both at home and abroad