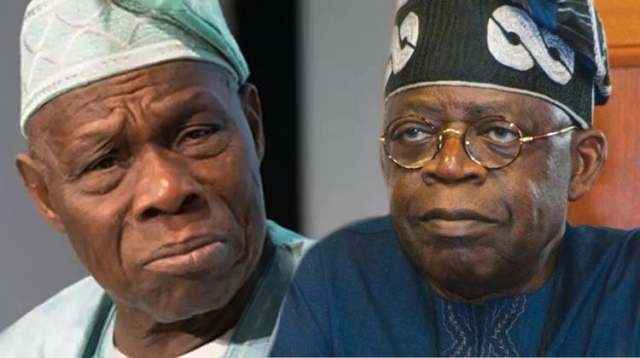 … Says Buhari saw nothing wrong with a Muslim-Muslim ticket

Tinubu and other political party chieftain had formed a mega political merger to wrestle power from the PDP, led by the former president, Goodluck Jonathan.

Buhari who had contested for the presidency three times before 2015 and lost, However, won the presidential ticket to contest on the platform of the All Progressives Congress (APC) in 2015.

Sources believed that the idea of a Muslim-Muslim ticket might have been Obasanjo’s worry.

Recall that Buhari has a head of State, had ruled with a Muslim vice in 1984.

In an interview with PUNCH, Chief Olagunsoye Oyinlola said…