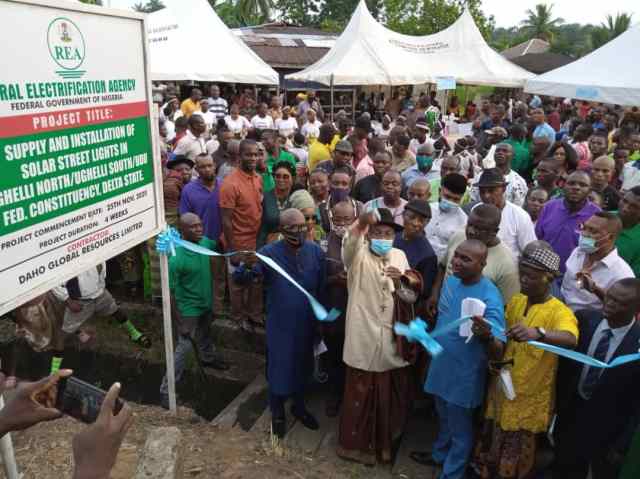 AREA Commanders in charge of Udu and Ughelli Area Police Command, Delta State have commended the member representing Ughelli North, Ughelli South and Udu federal constituency in the House of Representative, Hon Francis Ejiroghene Waive for synergizing with security agents in his constituency in the fight against crime.

The two Area Commanders, Assistant Commissioners of Police, Adepegba Adetoye and Lawal Adamu Shinkafi gave the commendation when the lawmaker paid a courtesy visit to the two Area Commands in a bid to strengthen his constituents and Police relationship in the aftermath of #ENDSARS protest.

Presenting sets of computers and accessories to the two Area Commands and a cash donation for repairs of their faulty vehicles, Hon Francis Ejiroghene Waive, said he was impressed with the level of security in the Area, adding that the computers and the cash donation were to aid their administrative works

He said, “I want to let our people know that we…