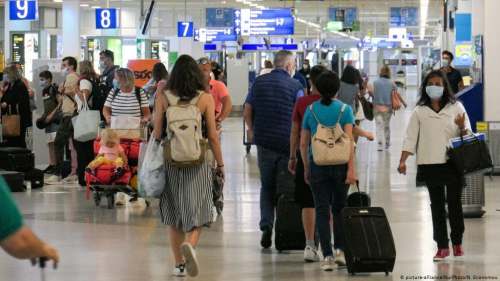 Bans on people entering Germany from several countries with potentially dangerous coronavirus variants initially had little effect on air traffic at the weekend.

German carrier Lufthansa told dpa that it does not intend to restrict its connections to Portugal, Ireland, Britain, South Africa and Brazil for the time being.

According to an evaluation by the company in charge of air traffic control for Germany, DFS, there were around 60 return flights a day to each of these countries from January 1 to 26.

Since the regulation provides for exceptions – including for Germans, foreigners living in Germany and transit passengers – there are enough people who are allowed to fly, Lufthansa spokesman Martin Leutke told dpa on Saturday.

He added, however, that the situation would be kept under review and flight schedules would be adjusted to demand in the coming days if necessary.

On Friday, the German government decided that airlines, railways, buses and shipping companies would no…