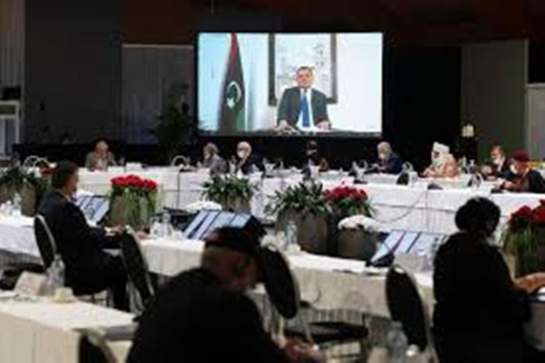 Libyan delegates at UN-led talks outside Geneva on Friday made the surprise choice of Abdul Hamid Dbeibah as prime minister of a transitional unity government to take the war-ravaged country through to elections in December.

Dbeibah was chosen along with a three-member presidency council to head a unity administration and steer the North African state towards the ballot box on December 24.

The Canadian-trained engineer from the city of Misrata and founder of the Libya al-Mostakbal (Libya of the Future) movement previously led the Libyan Investment and Development Company under dictator Moamer Kadhafi.

The vote is part of a complex UN-led process aiming to build on a fragile ceasefire and end more than a decade of conflict.

Oil-rich Libya has been torn by civil war since a NATO-backed uprising led to the toppling and killing of Kadhafi in 2011.