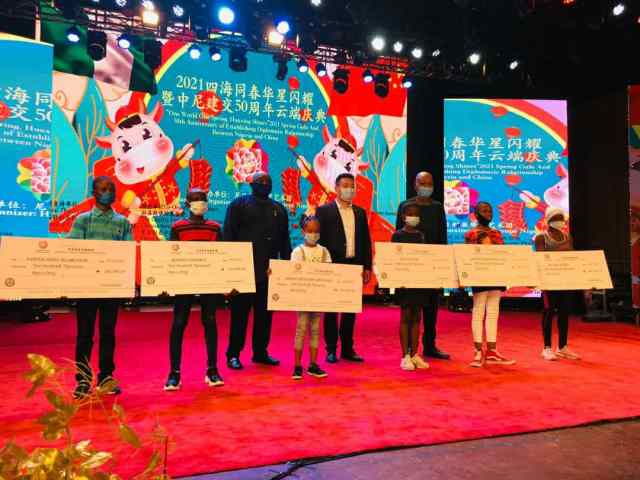 The event was organized by the Huaxing Art Troupe Nigeria Limited, which commended the effort and contribution of Consulate General of the People’s Republic of China in Lagos and also the Chinese Community in Nigeria.

The event, which marks the start of a New Year in accordance with the Chinese Lunar calendar, is called the year of the Ox.

The Spring Festival is regarded as the biggest Festival in China and also the most colourful of all events with traditional celebration all over the world.

This year also marks the 50th Anniversary of Establishing Diplomatic Relationship between China and Nigeria.

China over the years has been considered one of Nigeria’s closest allies, as the two countries share similar features in common, China being the biggest country in Asia, while…