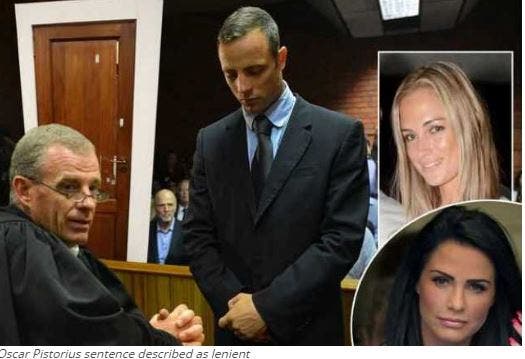 The Supreme Court of Appeal (SCA) of South Africa has announced that it will reduce convicted killer Oscar Pistorius’ sentence after it emerged that its judgment failed to take into account the 506 days that he had already served for the murder of his girlfriend, Reeva Steenkamp. As a result, he will now be eligible for parole in March 2023.

The five judges who increased Pistorius’ murder sentence from six years imprisonment to 13 years have corrected their ruling, so that it is recorded as having come into effect on 6 July 2016 – the day he was first sentenced for murder by Judge Thokozile Masipa.

“It is quite clear from the judgment delivered… that the court intended to backdate the sentence. Unfortunately, the court omitted to include the backdating of the sentence in the order itself,” said court registrar Paul Myburgh in the amended order.