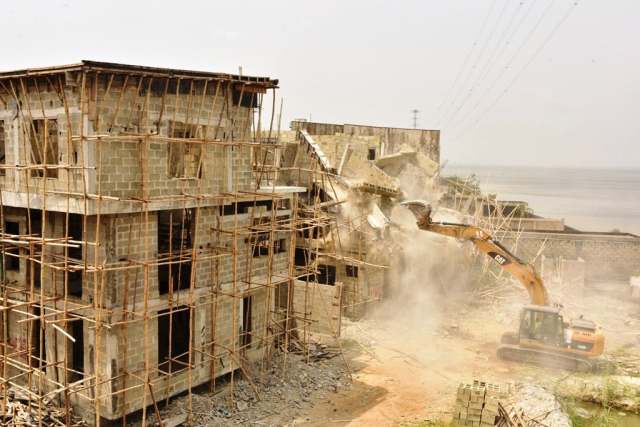 Lagos State Government, yesterday, embarked on demolition of illegal structures and eviction of occupants in Banana Island in highbrow, Ikoyi and Eleko, Ibeju Lekki area of the state without compliance to the state building laws and regulations aimed at restoring its shorelines.

The state government enforcement team led by the Commissioner for Physical Planning and Urban Development, Dr Idris Salako, during the exercise, removed buildings, including three two-storey buildings under construction for lack of approval that encroached on the state shoreline.

Salako noted with dismay, the flagrant disobedience of building regulations in the state, hence, government decision to go ahead with the enforcement of structures in contravention of the law.

According to the commissioner, the developers of the homes had earlier been served stop-work notice by the Lagos State Building Control Agency, LASBCA, warning that “ the state…