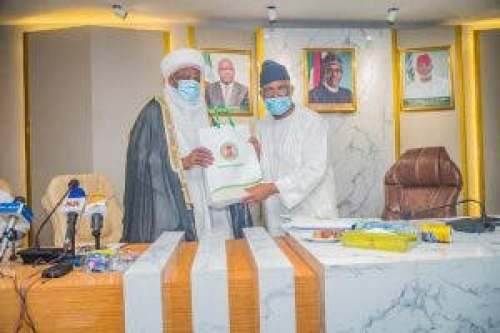 The Sultan of Sokoto, Alhaji Sa’ad Abubakar III, has urged the National Hajj Commission of Nigeria (NAHCON) to improve service delivery by ensuring that pilgrims get value for their money.

He also charged the commission to be self reliant by trying to keep away from government funding.

Abubakar III, who is also the President-General, Nigeria Supreme Council for Islamic Affairs (NSCIA), gave the task when he visited the Executive Chairman of NAHCON, Alhaji Zikrullah Hassan, on Wednesday in Abuja.

He said pilgrims pay lots of money, recalling that he (Sultan) introduced Hajj levy some years ago to enable the commission raise money.

According to him, with the number of pilgrims going to Hajj every year and each one paying N5,000, if judiciously utilised, the commission will be able to achieve a lot.

“I have said it several times to the Federal Government and to the President then, Goodluck Jonathan, on two to three occasions that we submitted Annual Hajj Reports to him.