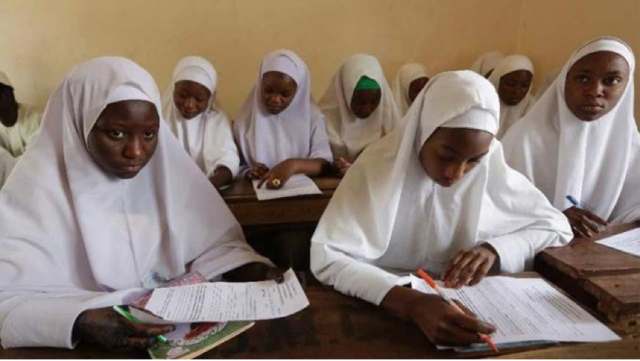 …Affirms Right to Freedom of Worship

After series of consultations with stakeholders, Kwara state government has approved that interested Muslim students attending Christian public schools in the state can be wearing Hijab to schools, stressing that the government affirm the right of every child in public schools to freedom of worship.

It therefore directed the ten public schools that were hitherto closed in the wake of protests over the religion controversy to be reopened.

The government further directed the Ministry of Education and Human Capital Development to come up with a uniform hijab for all public/ grant-aided schools, which will be the accepted mode of head covering in schools.

This is contained in a statement issued by Secretary to the State Government Prof Mamma Sabah Jibril on Friday morning.

Why IGP ordered withdrawal of senior police officers from EFCC,  ICPC, others