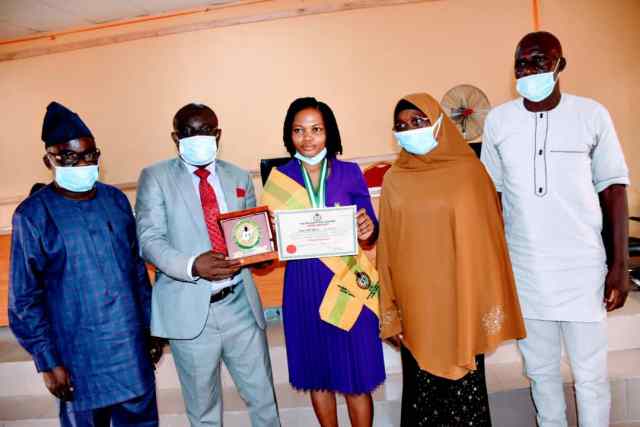 The Resident Electoral Commissioner(REC) in Oyo state, Mr Mutiu Agboke, has called on corps members to always be diligent and be dedicated to duty in the course of serving their fathers’ land.

Agboke made the call while receiving one of the 110 corps members, Miss Adetutu Seriki, that recently received national awards.

Seriki, a Computer Science graduate, served between 2018 and 2019 at the INEC state headquarters in Ibadan as her place of primary assignment.

She embarked on quite a number of projects as part of her community development service, which earned her the national award.

The projects were the reconstruction of a collapsed fence of Ibadan Municipal Government (IMG) Primary School, Alakia Oje- Elewa in Ibadan.

Digging of a modern deep well in the IMG premises and provision of uniforms and sanders for pupils of the school.

According to the Oyo REC, winning the award is a sign of dedication, hard work and concentration.

He stressed that the award she…