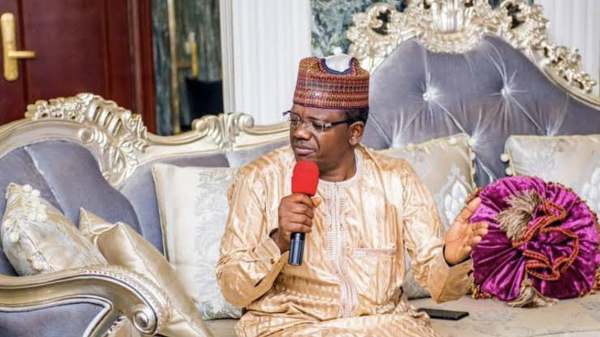 The Emir of Anka, Alhaji Attahiru Muhammad Ahmad, also the Chairman of the Zamfara Council of traditional rulers, has said that the abduction of schoolgirls in Jangebe wouldn’t have happened if Governor Bello Matawalle was in full control of the security architecture.

Sparking when he led 16 other emirs in the state to commiserate with the Governor on the abduction of the schoolgirls, Emir Attahiru who accused the Federal Government, said

“We note that just as you are doing your best, others elsewhere are doing their worst. We also know that you do not control the security architecture. If you did have their total control, we know such a thing will never happen in the state.”

The traditional rulers in the State described the Jangebe incidence in the state as an irony, considering the tremendous successes of the peace accord.