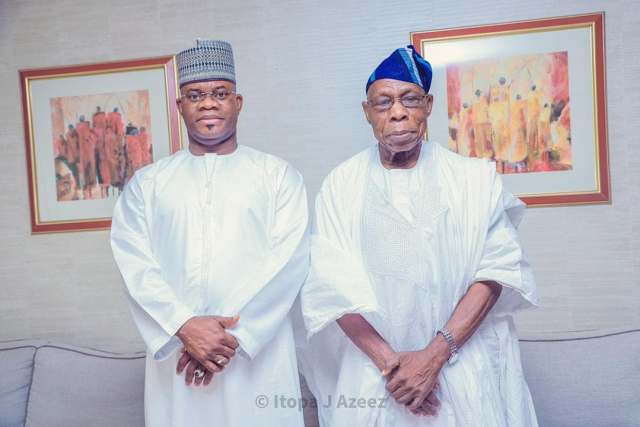 Former President, Chief Olusegun Obasanjo, has tasked the Kogi State Governor Alhaji Yahaya Bello on the need to sustain his current onslaught against criminality in the state.

Obasanjo gave the charge on Sunday in Abuja at a closed-door meeting with the Kogi State governor.

Chief Press Secretary CPS to the governor, Mohammed Onogwu in a statement said his principal and the former president had fruitful discussions.

According to him, “Obasanjo urged the governor to sustain his efforts in providing security for his state noting Kogi is central to the nation’s peace and development. Former President Obasanjo noted that the fight against insecurity should have everybody on board, stressing that governors should involve everyone to ensure insecurity is curtailed in Nigeria”.

While appreciating the Governor for his developmental strides in the state especially in the areas of infrastructure, health, and education as well as youth and women inclusion in…