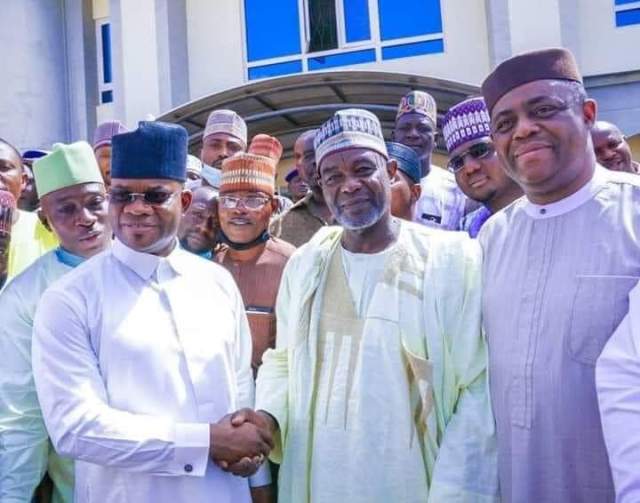 Days, after it embarked on strike, the Amalgamated Union of Foodstuffs and Cattle Dealers of Nigeria, has called off the industrial action following Wednesday’s intervention by the Kogi State Governor, Alhaji Yahaya Adoza Bello.

The union and the Northern Consensus Movement had met at the instance of the governor at the Kogi state Governor’s Lodge in Abuja where the governor impressed it on them to call off the strike.

After extensive dialogue with the governor, the union immediately called off the strike embarked upon by her members.

The Union led by the president, Dr Mohammed Tahir as well as Chairmen of the Union across the 36 states of the Federation and the FCT and critical stakeholders earlier met with the Governor behind closed doors.

Equally present at the meeting was a former Minister of Aviation, Chief Femi Fani-Kayode.

Addressing journalists at the end of the interface, Dr…