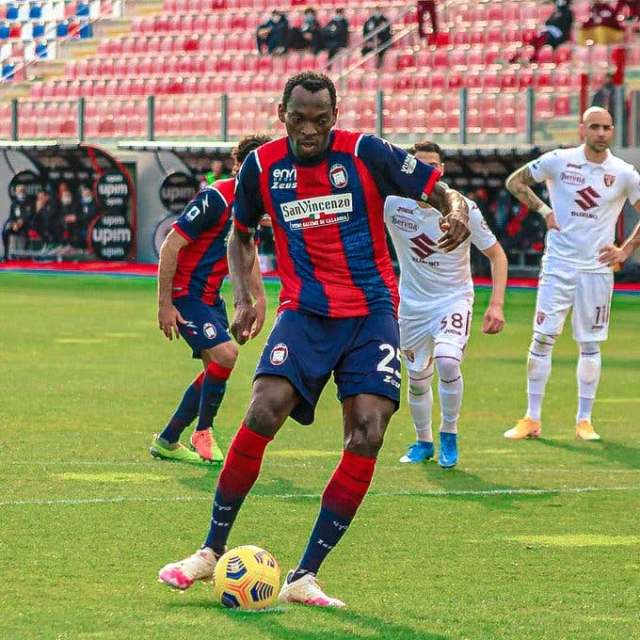 Italy-based Nigerian striker Simeon “Simy” Nwankwo scored a brace a first-half penalty and a simple finish after the break to edge Crotone closer to a stunning home victory over Torino in a Serie A clash yesterday.

Torino’s Cristian Daniel Ansaldi handled a goal-bound Junior Messias header, prompting the referee to whistle for a spot-kick after VAR intervention. Simy stepped up to blast past Salvatore Sirigu in the visitors’ goal with 27 minutes played at the Stadio Ezio Scida.

The Nigerian forward then restored the home side’s lead ten minutes after the break – pouncing on a loose ball in the box to make it 2-1 after Rolando Mandragora equalised for Torino just before the interval.

It is the Super Eagles striker’s ninth and tenth Serie A goal of the campaign, making him one of the highest-scoring Nigerian in Europe.

That haul is eight better than Victor Osimhen has managed for Napoli since his summer switch from Ligue 1 to the Serie A. And five more than Taiwo…