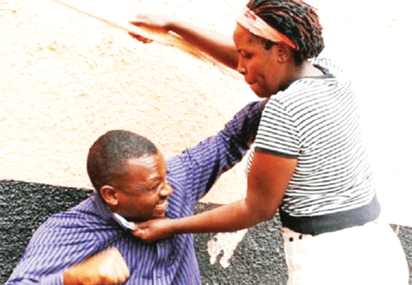 The police on Tuesday arraigned two men and a woman in a Chief Magistrates’ Court in Gwagwalada, FCT, for allegedly fighting in public.

They pleaded not guilty to the charge.

The prosecution counsel, Mr Dabo Yakubu, told the court that the defendants committed the offence on Feb. 3 in Kuje, FCT.

Yakubu said that the defendants fought in public over a land dispute.

The offence, Yakubu said, contravened the provisions of Section 113 of the Penal Code.

Defence Counsel, Mr Alex Azrateru, prayed the court to grant his clients bail in the most liberal terms, promising that they would not jump bail.

The Chief Magistrate, Mr Aliyu Shafa, granted the defendants bail in the sum of N100,000 each with one surety each in like sum.

Shafa ordered that the sureties must reside within the court’s jurisdiction.

He adjourned the case until April 15 for mention.