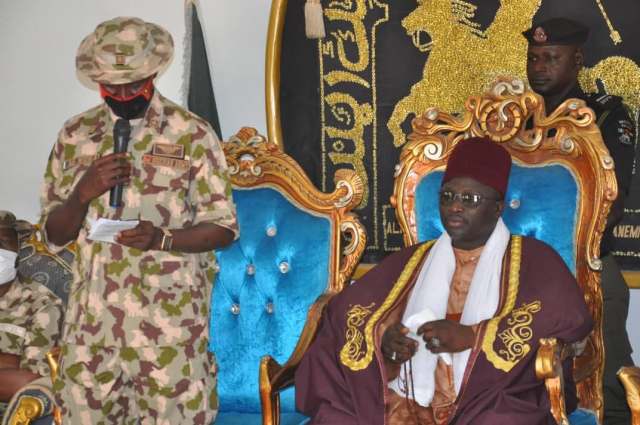 The Emir made this statement on Tuesday 9 March 2021 while welcoming the new Commander Sector 2 Operation Lafiya Dole in his palace in Damaturu the Yobe State capital.

The Emir assured the Commander, of the traditional institutions in the state continuous support, cooperation and partnership with the Army in the area of strategic information and continuous sensitization of the locals on issues of security consciousness and awareness.

He also thanked the Executive Governor of Yobe State, Hon Mai Mala Buni for his…