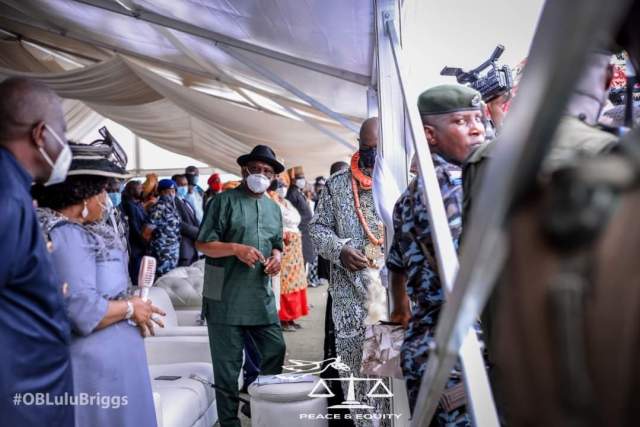 The last may not have been heard of the crisis rocking the family of billionaire oil mogul, High Chief Dr. O. B. Lulu-Briggs following the mild drama that played out during his funeral in Abonnema on Saturday, March 13, 2021.

The event which attracted the attendance of former President Goodluck Jonathan and his wife, Patience Jonathan also had the Rivers State Governor Nyesom Wike, former Governor of Cross River State, Donald Duke and his wife Onari Duke as the major dignitaries.

However, just as the funeral service was to begin, Governor of Rivers State and his delegation which included Donald Duke and his wife left the event unceremoniously. The reason for their abrupt departure could not be immediately determined. But insider sources indicate that it may not be unconnected with the exclusion of the widow of the late High Chief from the funeral arrangements.

Since Lulu-Briggs demise, there have been controversies surrounding his burial, with the latest being the alleged…