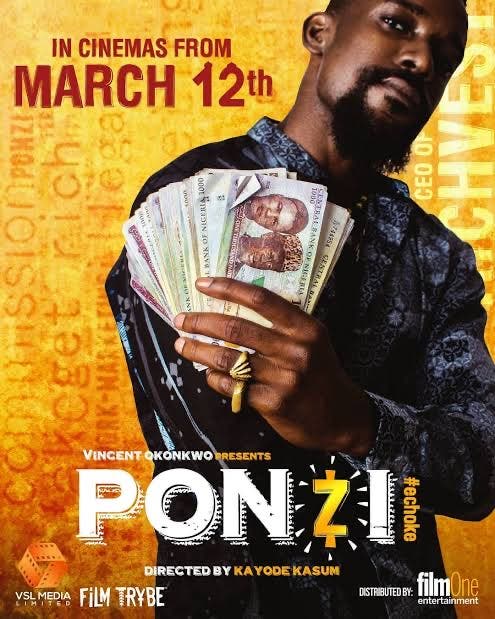 Memories of the infamous 2016 MMM scheme, where Nigerians lost billions of naira which they invested in that scam, re-echoed last Sunday night, when a new movie,”Ponzi” premiered in Lagos.

The classic tragicomedy, produced by Vincent Okonkwo and directed by award-winning Kayode Kasum recaptures the unforgettable experience of the scheme.

Starring notable actors including Timini Egbuson (Elevator Baby), Broda Shaggi (Fate of Alakada), Uzoamaka Aniunoh, Jide Kosoko (King of Boys), Mawuli Gavor (Kambili: The Whole 30 Yards), Tope Tedela (A Soldier’s Story), Mr Macaroni, Amanda Dara Afolabi, Zubby Michael, Immaculata Oko-Kasum, Gold Ikponmwosa, Eso Dike (Jenifa’s Diary), and Chinyere Wilfred,’Ponzi’ took the audience in a trip into the past, recalling how the online investment scheme that gave 30% interest was popularized in 2016 among Nigerians. The audience , however, held their breath from beginning to the end of the one and half-hour…