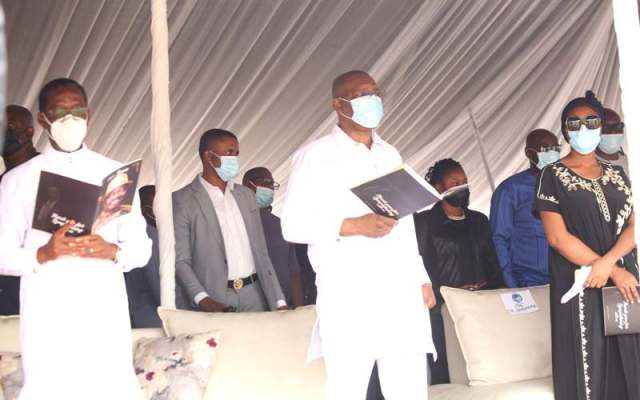 Speaking at the funeral organised for the departed Mr Tim Kome Owhefere who until his untimely death January 27th, represented the Isoko North State Constituency in the State State House of Assembly, held at Akiewhe-Owhe in the Local Government Area, Governor Ifeanyi Okowa told the people of Isoko to bury their differences and unite for the peace and development of the area.