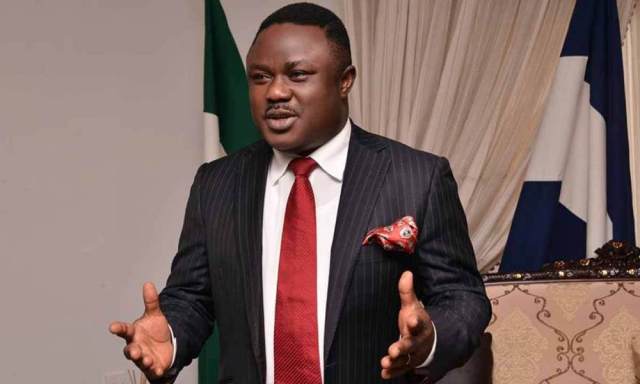 Senator Ben Ayade, the Cross River state governor, has sent a strong message to the Peoples Democratic Party, PDP, that he stands on the fence and ready to dump the party if not given his due respect and recognition.

Speaking in Calabar during the visit of Governor Bala Mohammed of Bauchi state to him, Ayade said that because he plays politics with ethics, his style is being mistaken for weakness.

He said the time has come when he will put his foot down and take a decision on the bases of what will prosper the collective well-being of his people.

Addressing Governor Mohammed, Ayade said, “I cannot blind myself to the challenges of PDP and decide not to know what to do at the right time for their [Cross River people] sake.

“I know you are somebody that doesn’t take injustice. One single injustice they will see a new Cross River state.”

He threatened that one single injustice against him and his followers, “and…