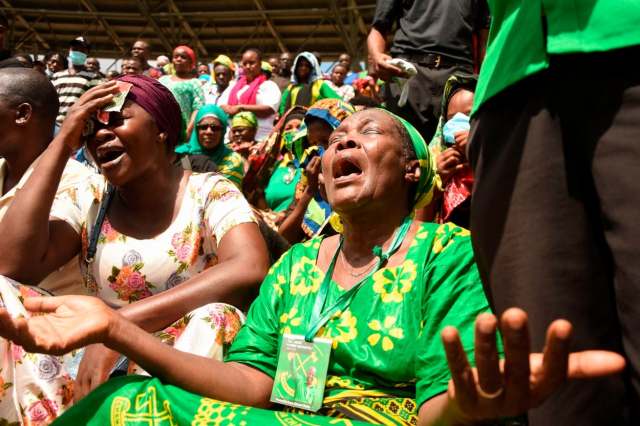 Tanzania’s President, Samia Suluhu Hassan, on Saturday led mourners in paying their last respects to her predecessor John Magufuli, who died suddenly this week after an illness shrouded in mystery.

Mourners lined the streets of Dar es Salaam to bid farewell to the late president, weeping and throwing flower petals as the casket was transferred by motorcade from a church to Uhuru Stadium where it lies in state.

Hassan, who was sworn in Friday to become the country’s first female president, led a government procession filing past the coffin, which was draped in the Tanzanian flag, and offered her condolences to Magufuli’s wife.

Many wore black, or the green and yellow colours of the ruling party, but few inside the stadium or among the packed crowds outside wore face masks in the…