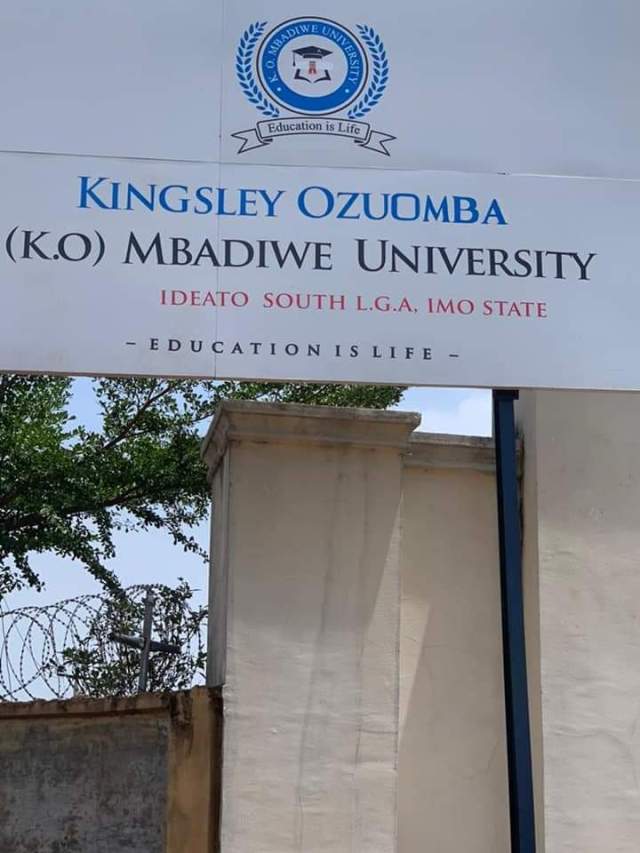 The Imo state government today appeared to have succeeded in renaming the Eastern Palm University to K. O Mbadiwe Ozuomba, university after it mounted a large billboard with the inscription, K. O. Mbadiwe, at the front of the University.

Vanguard gathered that the billboard was erected at about 12:30 pm on Wednesday.

The university was one of the properties recovered from the former governor, Rochas Okorocha, allegedly built with state funds.

“The Eastern Palm University was established by the Imo State of Nigeria, Law No. 3 of 2019. And part II, No.3 (3) Stated that “the University shall be owned on a Public-Private Partnership (PPP) basis, by the…