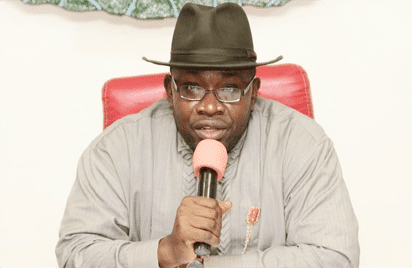 …calls on Akpabio to conclude consultations on NDDC board

..urges  Buhari to constitute new board according to NDDC Act

YENAGOA THE Senator representing Bayelsa West senatorial district, Senator Seriake Dickson has kicked against the call by some stakehokders for the transfer of the Niger Delta Development Commission (NDDC) to the Presidency.

Instead, he urged stakeholders and some leaders in the Niger Delta who are pushing for such transfer to have rethink in the interest of the region.

The former Bayelsa governor in a statement he personally signed, also called on President Muhammadu Buhari to constitute a new board for the commission according to the NDDC Act.

The statement reads, “I commend  President Muhammadu Buhari, the Minister of Niger Delta Affairs, Senator Godswill Akpabio and the entire  NDDC team on the virtual commissioning of the new headquarters of the commission in Port Harcourt a few days ago…