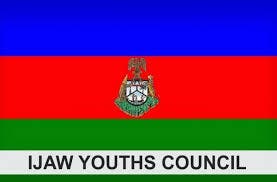 YENAGOA -THE Ijaw Youth Council (IYC) worldwide has thrown its weight behind the move by the Nigeria Labour Congress (NLC) to reject the Federal Government planned removal of petroleum subsidy and increase the price of fuel pump price to N234 per litre.

It described the proposed increase in fuel price as a sign of failed and inconsistent economic policies of President Muhammadu Buhari administration and deliberate attempt to worsen the misery of Nigerians including the institutionalization of poverty, unnemployment and insecurity.

The IYC through its National Spokesman, Ebilade Ekerefe in a statement issued in Yenagoa, argued that the claim by the Federal Government that the N120 billion monthly subsidy for the estimated 60 million litres of petrol the country consumes daily is not feasible adding that the people of the Niger Delta should be allowed to explore and…