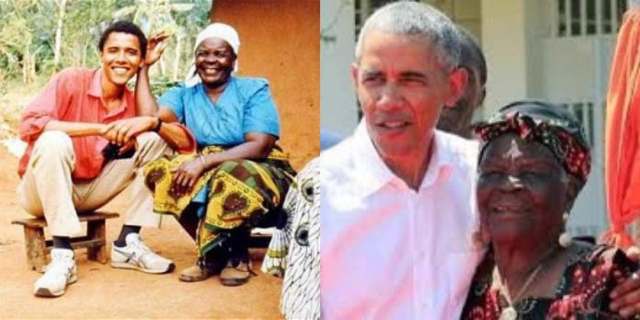 “It is true she has gone to be with the Lord, she passed on this morning,” said an emotional Marsat Onyango, her daughter.

Sarah Obama, popularly known as Mama Sarah, had been admitted to the Jaramogi Oginga Odinga Teaching and Referral Hospital in Kisumu.

Family spokesman Sheikh Musa Ismail said she had been unwell for a week, but had tested negative for Covid-19.

Ismail said the former president had “sent his condolences.”

Once a simple country woman, Sarah Obama was for a long time best known for the hot porridge and doughnuts she served at a local school.

But she rose to world fame with the 2008 election of her step-grandson Barack as the first black US president.