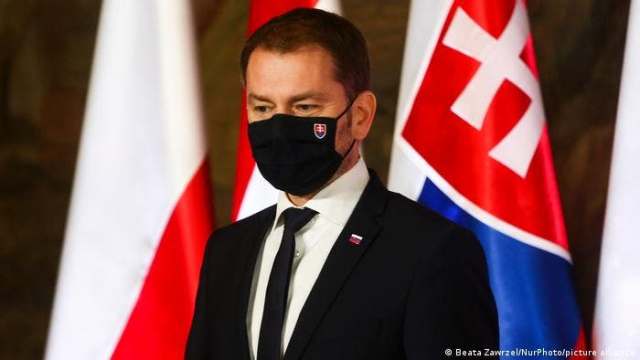 Slovakian Prime Minister Igor Matovic made the surprise announcement on Sunday that he was resigning and would swap roles with Finance Minister Eduard Heger, paving the way out of a government crisis.

The change at the head of government was announced jointly in Bratislava after consultations between the party leaders of three of the four coalition parties.

Heger, who belongs to Matovic’s party Ordinary People and Independent Personalities (OLaNO), announced talks with all coalition partners and said he would meet with President Zuzana Caputova on Monday. The president officially nominates the prime minister, according to the constitution.

The approval of the liberal party Freedom and Solidarity (SaS) was still outstanding in the evening. Its leader, Richard Sulik, resigned as minister of economy and deputy prime minister on Tuesday.

The three other governing parties have a slim parliamentary majority even without SaS.

The four-party coalition had fallen into a serious…