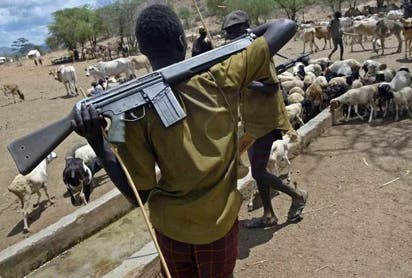 The youth wing of the apex Igbo socio-cultural body, the Ohanaeze Ndigbo has given a 48-hour ultimatum to every Fulani with AK-47 in any part of South East or be treated like “bush meat”.

The ultimatum is coming on the heels of the revelation that over 332 Fulani camps across South East are occupied with AK-47 carrying Fulani militia.

Former Deputy Inspector General of Police, DIG Celestine Okoye, had in a media interview, said that “there are 332 Fulani herdsmen settlers heavily armed with AK47 rifles across the five states of the South East zone waiting to unleash terror on Ndigbo.”