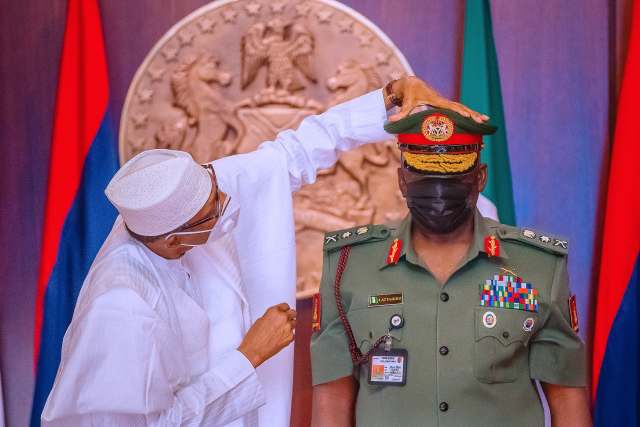 PRESIDENT Muhammadu has ordered security agencies to identify sponsors and leaders of kidnappers and bandits especially in the north and take them out.

President Buhari said his administration would not tolerate a situation where the criminal elements dictate the pace in the fight against insecurity and gave the marching orders to the security to bring such people and those backing them down.

The National Security Adviser, NSA, Major General Babagana Monguno (retd) disclosed this while briefing State House correspondents at the end of the security meeting presided over by President Buhari at the Presidential Villa, Abuja.

The NSA also said President Buhari told the security heads that he would no longer tolerate a situation where the nation’s security is reactionary instead of being to be proactive.