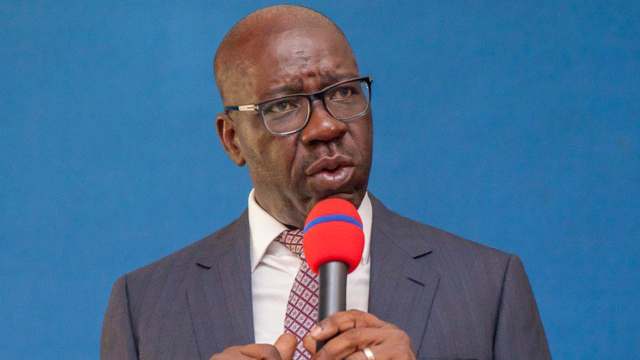 Governor Godwin Obaseki of Edo, on Sunday, commended President Muhammadu Buhari for considering merit above everything in appointing the new Auditor General of the Federation, Mr Adolphus Aghughu.

Obaseki gave the commendation in Ewatto, Esan South East Local Government Area of the state, at the Thanksgiving Mass at St. Anthony Catholic Church on the appointment of Aghughu, as the Auditor General of the Federation.

Obaseki said he was going to thank the President for considering merit above everything else, explaining that Aghughu had certain values like honesty, hard work and diligence, that earned him the job, and that he would do well to continue to maintain those values.