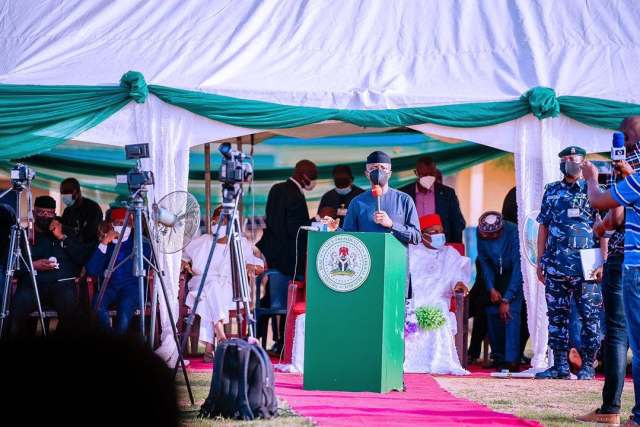 Relief materials will be provided to help rebuild affected communities, he says

The Federal Government will do everything to ensure that security is beefed up in communities affected by recent communal clashes and violent attacks in Ebonyi State, while ensuring justice for victims, according to Vice President Yemi Osinbajo, SAN.

He condemned the attacks, and sympathized with the victims, describing such acts as cowardly, wicked, and “very deeply distressing.”

Professor Osinbajo stated this on Easter Sunday afternoon during a visit to Ebonyi State after attending Resurrection Sunday service at the Aso Villa Chapel.

At the State, the Vice President stopped at the Egedegede community in Ishielu Local Government Area, which suffered suspected herdsmen attacks recently and Ezza/Effium communities in Ohaukwu…