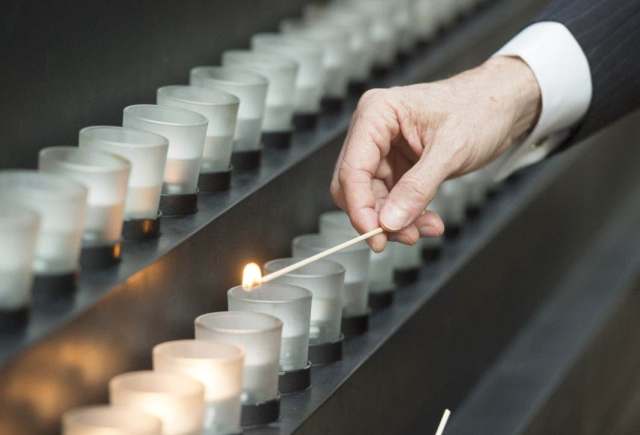 Israel paused on Thursday to remember the murder of 6 million Jews by the Nazis and mourn those who survived the Holocaust only to be lost in the past year to the pandemic.

On Holocaust Remembrance Day, sirens wailed nationwide for two minutes while pedestrians paused and drivers pulled their cars over on streets and highways.

According to official figures, 174,500 Holocaust survivors are still alive in Israel.

President Reuven Rivlin said late on Wednesday at a ceremony at the Yad Vashem Holocaust memorial that some 900 survivors in Israel died “as a direct result” of the coronavirus pandemic.

He said many of them spent their final days “distraught and isolated, behind masks and protective gloves, longing for contact but separated from their loved ones.”

“Our hearts are with them and their families,” Rivlin…