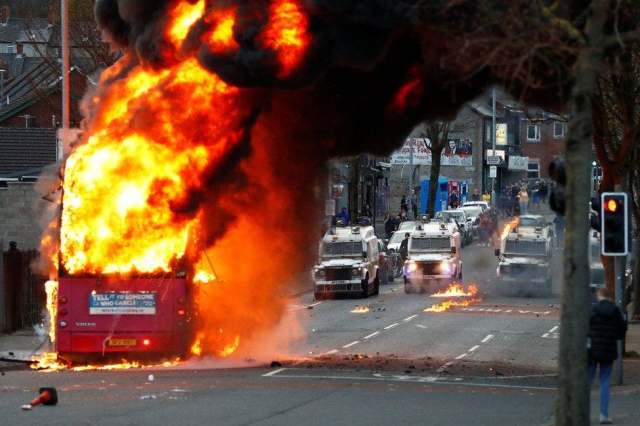 Northern Irish politicians joined together to condemn the violence that has shaken the region over the past six days after eight police officers were injured in clashes relating to post-Brexit trade restrictions and a non-coronavirus-compliant funeral.

A statement released by Northern Ireland’s Deputy First Minister Michelle O’Neill on Thursday said members of the Northern Ireland Executive, a devolved administration separate from the British parliament, are “gravely concerned” about the violence and called for calm.

“Attacks on police officers, public services and communities are deplorable and they must stop,” the statement read. “Destruction, violence and the threat of violence are completely unacceptable and unjustifiable, no matter what concerns may exist in communities.”

It added: “While our political…