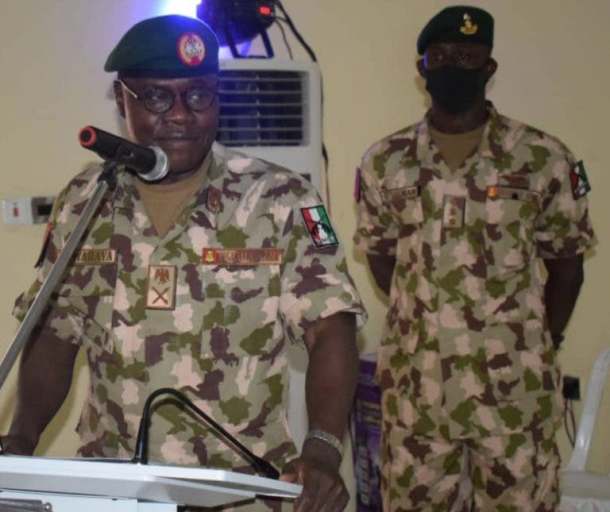 Yahaya made the appeal on Saturday in Maiduguri during a luncheon he hosted for jounalists in Maiduguri.

Yahaya said the army recognised and appreciated the role of the media in enhancing in operations and other activities.

“The media is indeed one of the lines of operations alternative to kinetic operations.

“That media non-kenetic line of operations is very essential that could be harnessed to among other things increase public awareness and persuasions geared towards appealing to the conscience of the masses from which terrorists often draw their recruits and support.