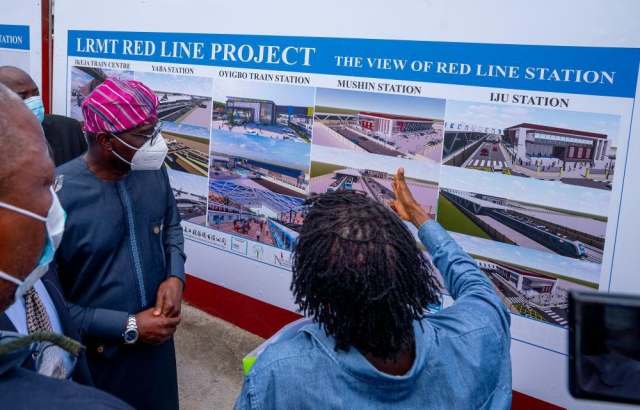 Recall that the LRMT dream began in 1983 during the tenure of Alhaji Lateef Jakande, but was truncated by the then Federal Government. Sanwo-Olu has vowed to ensure that the Blue Line and the Red Line are completed to the memory of the late Jakande.
The 37-kilometre Rail Mass Transit Red Line, which will traverse from Agbado to Marina, is estimated to move more than one million commuters daily.

The rail corridor will be constructed in three phases. The first phase (Agbado-Iddo), which will be completed in 24 months, will be sharing the track with the Federal Government’s Lagos-Ibadan Railway Modernisation Project up to Ebute – Metta.

It will have its…