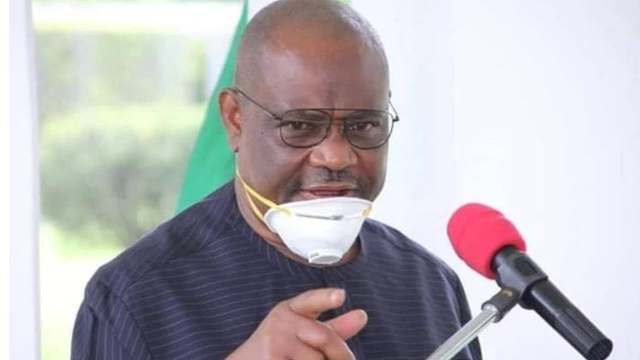 The Governor of Rivers State, Chief Nyesom Wike, has ordered security operatives to arrest anyone or group that attempt to disrupt the peaceful conduct of the local government elections in the state on Saturday.

This was happening as some opposition political parties in the state stormed the office of the Rivers State Independent Electoral Commission (RSIEC) in protest over alleged non-payment of grants by RSIEC to them ahead of the election.

However, speaking in a statewide broadcast, Wike declared restriction on vehicular and human movements in, within and out of the State from the midnight of Friday 16th April 2021 till 5.00 p.m. on Saturday 17th April 2021 when the State council polls is over, and urged security operatives to enforce same.

He said: “Consequently, vehicular and human movements in, within and out of the State and the Local Government Areas is hereby totally restricted from the midnight of Friday 16th April 2021 to and…