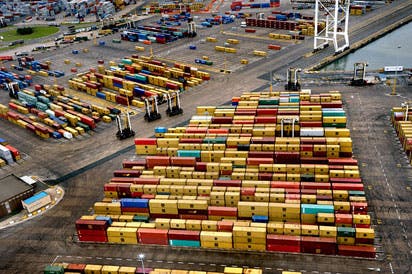 Recall that MWUN and the management of the APMT have in the past three weeks, been in a running battle over the replacement of Nigerians with foreign workers.

Last week, both parties entered into discussions in an attempt to resolve the issue, but failed to reach agreement after the management was alleged to have refused to give a time frame when some of the foreigners would leave.

It was gathered that the management had claimed the foreigners were brought in to train Nigerians.

President General of MWUN, Prince Adewale Adeyanju who confirmed the shutdown of the terminal to Vanguard, among others said “The workers have shutdown the terminal because of the anti-labour practices going on at APMT

“It depends on APMT, let them go and…