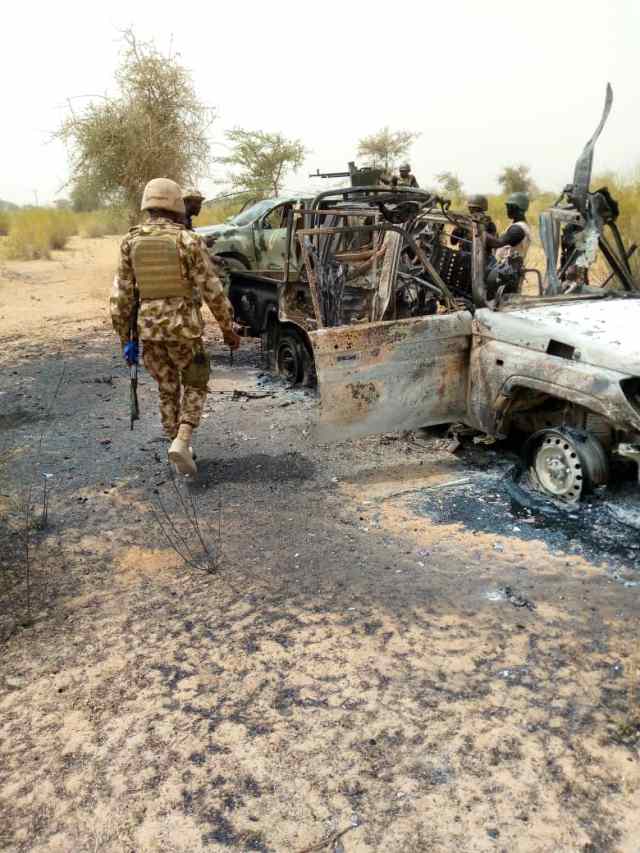 A senior Commander of ISWAP, Bukar Gana Fitchmeram (aka Abu Aisha), and scores of his fighters who were on revenge mission at Damasak, fell to the firepower of Nigerian troops Thursday.

The terrorist and his fighters met their waterloo as they made a come-back following the neutralization of 12 high-value ISWAP commanders in Mobbar Local Government Area of Borno State in a week-long air and ground operations by the Nigerian military.

In well-coordinated ground bombardments and aerial strikes by the Nigerian military on various locations in the Northeast, the terrorists who were denied any sanctuary or respite desperately conducted two separate failed attacks on Gajiram and Damasak.

The deadly airstrikes conducted on Tudun Wulgo, Zari and Tumbun Alhaji, Kusuma, Sigir in Ngala and Arijallamari, in Abadam, Marte and Ngala Local government Areas, led to the killing of top ISWAP Leaders.

The Commanders that perished in the airstrikes included; Mohammad Fulloja ,…