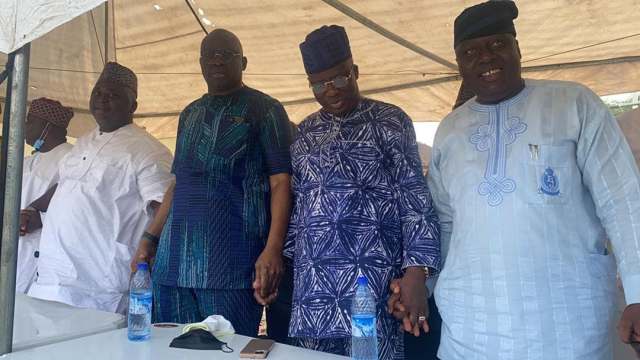 The group in the South-West Peoples Democratic Party (PDP) loyal to the former Governor of Ekiti State, Ayodele Fayose, has met stakeholders in Ogun State, reiterating commitment to peace, unity and progress of the party in the zone.

The group, which met in Abeokuta, Ogun State, further affirmed that none of its candidates will go to court to challenge the outcome of the congress, saying “Our common enemy as PDP members and as Nigerians are the APC, we will rather join hands and work together to rescue our people from misgovernance of the APC instead of bickering over zonal congress.”

The group however condemned the use of violence before and during the congress, urging that use of thugs should be discouraged in the party’s future engagements.

A statement by its spokesperson, Lere Olayinka, read; “After meeting with stakeholders in Ogun State today, it was further…